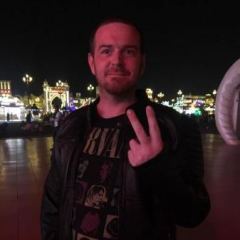 One for the Pajero fans

By Barry, December 22, 2018 in General Discussions