Dear Desertnauts. Let's get ready for tomorrow's drive. This will be the convoy order: @Federico Galbieri will retain his #2 spot, from our pervious drive  @Kaile Barrameda will fo 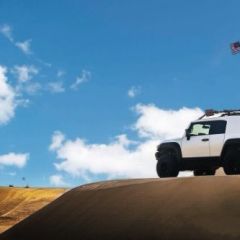 What an exciting drive today 😀 Learned a lot, met some great people, and experienced a few new techniques. @Ale Vallecchi and @Foxtrot Oscar, thank you very much for the tremendous effort you put in t