DRIVE REPORT  Dear Desert Wanderers,  I have seldom seen in almost 15 years in Dubai fog as thick as the one we had today.  As per plans the convoy was ready to move by 6am but the visi 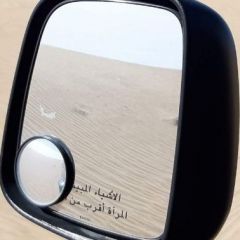