By Gaurav,
October 2 in Offroad Drives 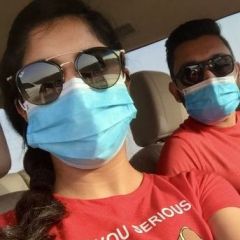 All images are uploaded to the gallery. Finally, I have used 65 out of 1380 images clicked. Thanks, @Frederic for all the motivation and knowledge to push me to use Manual mode. Thanks, @sam

@Gaurav Thanks for the excellent drive. New experience.  Here some actions. I'll upload all pictures soon.  Hope everyone enjoyed the rest of the drive.