DRIVE REPORT Dear Desert Wanderers,  It was a nice and chilling dawn when the convoy met yesterday at 6:30am. Everyone made it to the meeting point quite on time and after an extensive 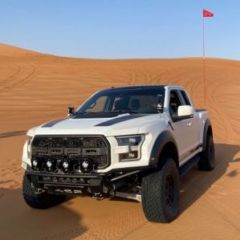 @Lorenzo Candelpergher thank you for an action packed Friday morning drive! This area is the perfect place to learn and improve desert driving skills and I’m sure everyone benefitted from the tut