By Gaurav,
November 24 in Offroad Drives 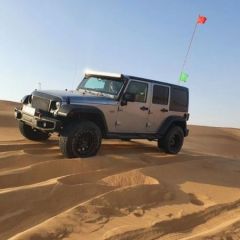 Just wanted to share this with the group....😀😀 on a drive this morning, (I shall share the track) we found a second yellow truck. Looks like it has been here only a few months.    Maybe

Thanks, everyone here for your inputs on the tricky Paolo's FJ recovery. A great round of applause for everyone to pitch in and coordinate with whatever they can to make things right and safe as

Thanks @Gauravet al.  I would like to bring some additional context that I omitted so far, as I felt it was out of place and I was just immensely grateful to all. But given some statements in pas