Ghantoot Express - Drive Report "One day, when the wind is perfect, the sail just needs to open, and the world is full of beauty. Today is such a day." - Rumi When the drive was being planne

Dear Desertnauts, in preparation of tomorrow's drive, a bit of information to enjoy the ride as much as possible. The meeting point has been set just beyond the exit of Al Qudra's Last Exit 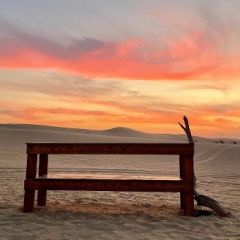 @Ale Vallecchi …. What a drive… Thankyou! 95km with only a few stucks and a flat tire!  Brilliant drive by the full convoy on a trip that had everything (except the rain).   Sorry I didn’t get to see