Sweihan Drives drive report : eventful   Dear Friends  For yesterday’s drive i feel great gratitude and gratefulness  for each one of you for standing still till the last moment in an incide

Fantastic teamwork here by all involved ! Unfortunately in this sport there is always a risk involved, and at the same time this type of events brings people closer together and no doubt this challeng 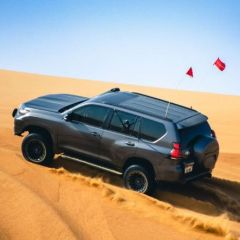 Well, these are the days that you are not mentally prepared for, but as our elders say, it's part of life. We were all very thrilled to explore the new terrain with big bowl, but sadly, on the first b