THE OTHER SIDE OF QUDRA: Access (restricted) to a still unspoiled desert - Trip Report While many clubs scoff at Qudra as an entry-level, all too busy and easy desert to drive, only few understan

Dear Desertnauts, time to provide some information about this coming Friday's Newbie drive.  While most drives in Qudra start near Qudra Lakes or from Solar Park, we have chosen to start fro 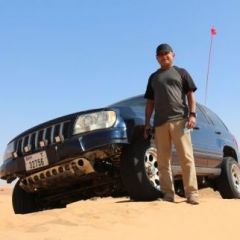 Thank you @Ale Vallecchi and @Foxtrot Oscar for the eventful morning! Appreciate you guiding us through the drive willfully.   Click on the link below for the pictures! https://carnity.com/g